The Ospreys in our area will soon be flying south for the winter.


Ospreys spend the winter in the southern United States (mainly Georgia and Florida), on Caribbean islands, or even South America as far south as the Amazon basin in Brazil. Anywhere they can find fish.
Adult ospreys know the way and have a good chance of making it safely back to their winter grounds.
Juveniles (born this past summer) have a tougher challenge ahead. Consider migration like a game, only a game of life or death. The first time you play a game your chances of winning are low. The more you play, the better you get. It’s similar with ospreys making their first migration south.
What’s ahead for ospreys? Many challenges including storms, predators, finding food, and going in the right direction. Hurricanes pose a major threat to ospreys, especially when they attempt to cross over large stretches of open water, such as the Caribbean Sea. Ospreys rarely fly at night, roosting in trees until daylight. Great Horned Owls have been documented as osprey predators, attacking a sleeping bird. Young ospreys learn to fish on their own. Some pick it up quickly, others do not and starve. Finally, some osprey just go the wrong way. Some venture out over the open ocean, unable to find land to rest.
And of course, luck plays a big role in their survival. One bird may just miss a hurricane moving through. Another may choose to roost close to an owl’s nest. Still another may miscalculate its speed and get hit by a truck while diving down on a pond by a road.
If a young bird makes it through its first migration, it will settle down in a winter home range by Thanksgiving, at the end of November. The survivors learn the lessons needed to help them migrate in the future. Ospreys remember where they caught fish on previous migrations, returning to these sites year after year. Each subsequent migration, osprey get safer and quicker at making the journey, following the coastline and avoiding hazardous areas. 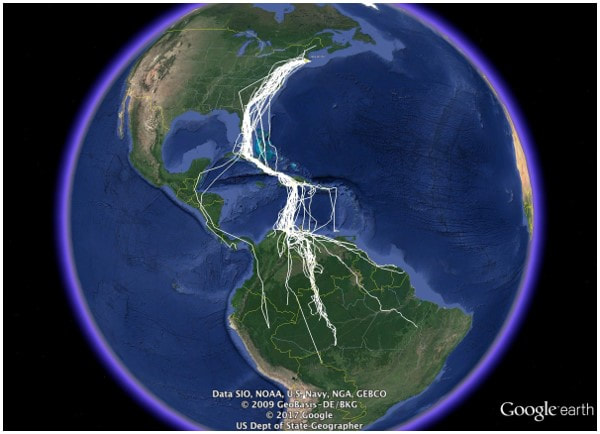 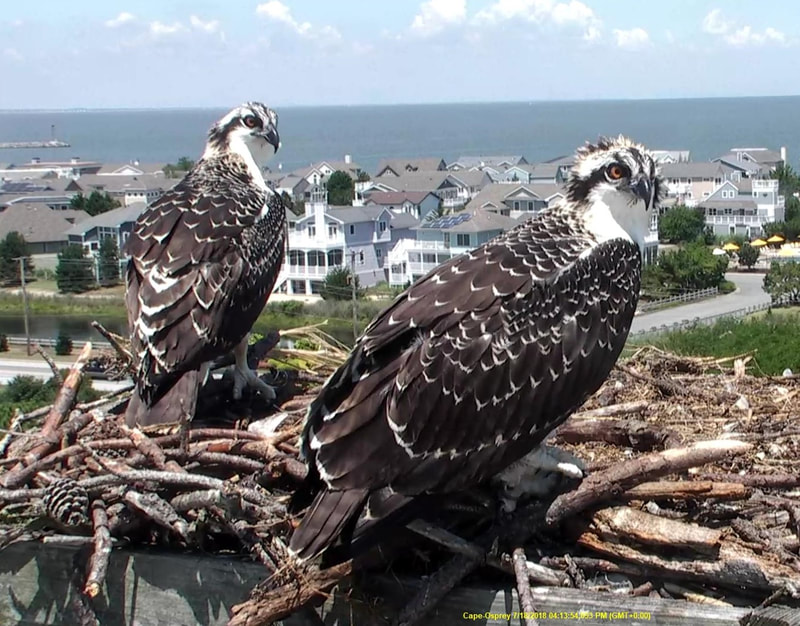